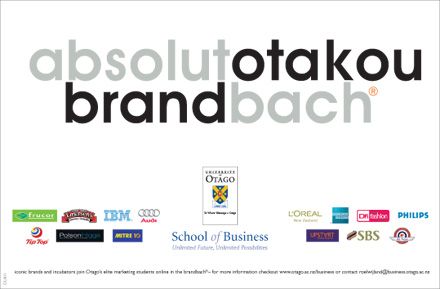 The brandbach (bach/NZ : cottage by the sea) was a 2006 teaching concept in which 13 senior marketing students cooperated online with major New Zealand corporations and their brand managers. Beyond that it also included the production of a book of essays on All Black Anton Oliver as a result of a de-branding weekend to the little known University of St. Bathans. These are some of the impressions and ideas that were activated during the course. RW. 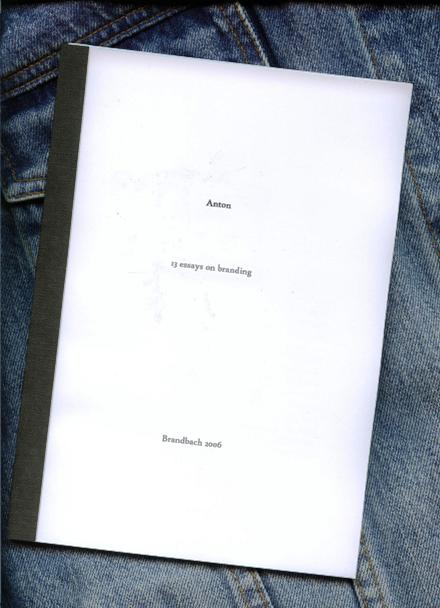 > 3 > One of 13 brandtouchpoint concepts for clients > 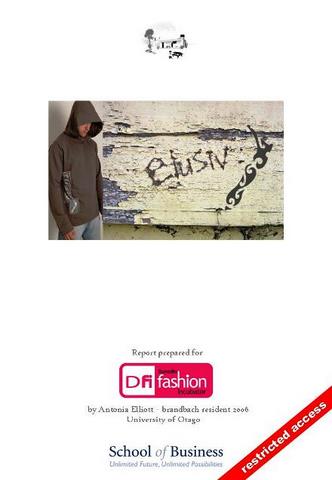 calves like full bladders, a chest like a bass drum?
Hands with fingers thick as sausages from Tuatapere,
ears big enough for semaphore purposes, wrists

like universal joints, forearms more like hocks,
a torso further through than an ol’man groper’s?
A neck as thick as a telephone pole and feet

as big as Kong’s? What would it be like
to hear commentators ooh and aah
and tell the world how many Kay Gees you are

and say that no one in their right mind
would want to mess with such a big rig?
What would it be like to covet Stardom,